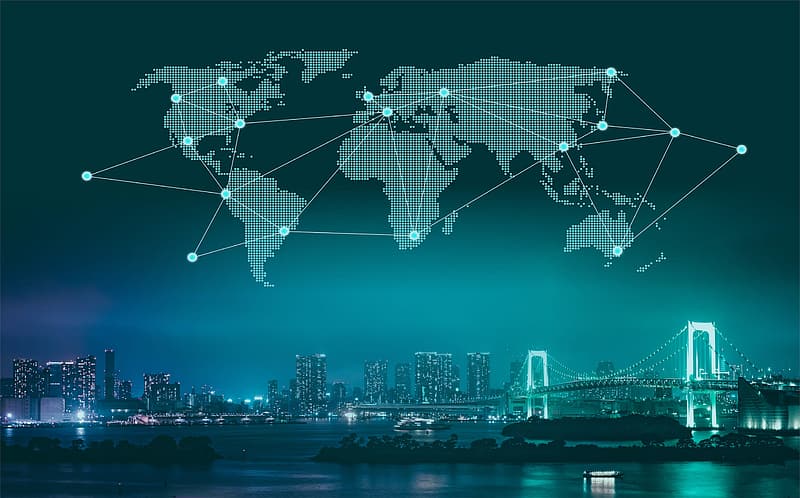 The ‘everything’s awesome recovery’ hit a bit of a reality check early this mornin...

The ‘everything’s awesome recovery’ hit a bit of a reality check early this morning when one county in one country announcing 3 more months of lockdowns sent markets plunging.  LA County is set to extend their ‘stay at home order’ for 3 months and fresh after news of US China trade retaliations equities sold off heavily and gold bounced.

Let’s start today however with a little comparison one day after the ‘Bitcoin Halvening’.  As we have reported numerous times, gold’s intrinsic value and high stock to flow ratio is by virtue of its stock expanding less than just 2% each year.  Yesterday the new supply of bitcoin was effectively halved and still capped forever at 21m in total.  By some contrast the Fed is on track to expand its balance sheet almost 300% to $12 trillion this year after 50% in just a month…. Whilst all this new money will no doubt lead to inflation we are almost certainly going to see an extremely bad deflationary period first.  All that money and even a large part of that government spending is not going to Main Street but again to Wall Street.  Hence we are seeing US shares, the NASDAQ in particular, surge against terrible fundamentals but no price inflation in anything other than a few food items etc.  Last night billionaire Social Capital founder and former Facebook exec Chamath Palihapitiya had this to say:

All this money going in to prop of companies--what you are going to start or accelerate is a really bad deflationary super cycle.

Asset inflation does not solve income disparity. It actually doesn’t solve full employment. It doesn’t do any of the things we need it to do for it to be a robust economy. What it does is it allow people who play in the financial markets to make money,”

This gels too with Raoul Pal’s view that we are headed to the worst debt deflation period in history.  We discussed his view in part here (a must read) and in a recent piece he spelt this deflation piece out again.

“when you look at the Reuters Commodity Index, this is the largest top pattern in the history of the commodity markets. It's telling you that commodity prices are going to fall to the levels we saw in 2001. We've got a long way to come down still, that is massively deflationary.” “Additionally, the velocity of money keeps falling. Banks are hoarding, money pockets a swelling and households are pouring money into their savings to try and give themselves any cash buffer they can. Without that velocity of money, I don't see how you can generate demand based inflation.” “When you've got huge debts, the largest debts the world has ever seen as a percentage of global GDP, we've never been here before. Then you show me deflation across the world, which is looking like it's going to be minus two, minus three, minus four, minus five. Then we get to rates. 10-year rates are about 0.6%. When inflation goes to negative three, that puts real rates at 2.4%. Real rates at 2.4% is higher than it was after the Fed tightening before the bubble burst in 2007 and '08.” “This isn't extraordinary tightness of rates, this is the thing that central banks have always feared. It is running out of bullets when deflation comes was that fear. There was a fear of deflation because we have so much debt because that generates a debt deflation, so you've got massive debts and the real rate of servicing those debts has gone up. What that creates is in the middle of a crisis, a second wave, something worse, which is the solvency event where people cannot pay their debts, that is baked in the cake by the numbers.”

“If the business cycle stays negative for an extended period, then we've got an extended period of deflation to deal with and an extended period of positive real rates that are huge, higher than it was before this cycle started too back in 2016 and '17 after the Fed raised. Can you imagine what that does to this? If you look at the chart of Fed funds, they've been trading like 10-years in a channel, like 10-years, they look like they're going negative. These look like they're going negative two. Negative 2% Fed funds. Does that happen? I don't know, but it's certainly possible.”

Raoul concludes that US Treasury yields are almost certainly going negative as they will have no choice but to do so to bring those real rates down.  Since the report, and as we reported here, the market is already pricing this in and soon.  His call appears to be playing out already.

The other consequence is that this drives up the US dollar in his view as “companies scramble to pay off those dollar debts, banks stop lending as much and it becomes more restricted in supply of dollars”. He lays out “that concerns me, because the dollar going higher sets up a deflationary doom loop because the dollar goes up, it drives down commodity prices. It drives down the cost of imported goods in the United States. It generates deflation. It's like a deflationary wrecking ball and it creates more of that debt deflation dynamic that we so fear.”

So that might have traditional gold buyers nervous.  After all, gold loves inflation and tends to be negatively correlated to the USD.  So why does Pal say his perfect portfolio is 25% physical Gold (and 25% USD, 25% Bitcoin, 25% ‘trading opportunities’ (he is still bullish on UST’s for a little while)?

Pal explains why this is so bullish for gold:

“I think bond yields start breaking lower. If that's the case, we've got the signal for the next phase. Obviously, as we move into the next phase and we extrapolate into the future, our job in macro is to live in the future. In the future, we've got even more printing to come, because now, you've got the governments trying to paper over the cracks of the next 12 months, not just three months, and they can't support the cash flows for the entire population, and the entire small business model, and all of the corporations struggling, but they're going to try to do something, and that will be fiscal stimulus or anything else and the balance sheets will expand.

They can't allow their bonds to sell off, because it's the middle of a depression. If you let your bond sell off, you're destined to completely destroy the economy. The central banks will have to buy them. There we go, the ongoing monetization of the global debt system and that means as you put it onto the central bank balance sheets, the price of gold goes up. It goes up versus the dollar and it goes up versus all currencies.”

“Then there's this beautiful chart. It's again a cup and handle formation. It's probably a bit deep, big to be a real cup and handle formation but I think it still makes sense. This is the inflation-adjusted price of gold. If the inflation-adjusted price of gold breaches eight, we're in a world of pain. That is the world where we have deflation, and we have a massive solvency event and obviously, gold has no creditors. Keep out of ETFs if you can, own physical gold is extremely important thing to do at this phase. Don't have any liability to anybody, own stuff that you can own yourself and nobody has a claim on it.

Physical gold, nobody has a claim on it. In an insolvency event, a debt deflation, you want things without a claim on it and that brings me on to Bitcoin. Bitcoin is another asset that nobody else has a claim on. You own it, put it in your cold storage wallet, something like Ledger Nano X, and then it's yours, you own it, nobody can touch it. At that point, we're going to be going through the halving, it's happening while you're watching this. That halving could be the event.”

As a recap of that earlier article linked above, Pal sees this as a 3 Phase event. First is the liquidation phase, which we saw in February and March where everything sold off and central banks and governments starting flooding the market with liquidity to stop it.  Then there is the Hope phase that we are in now, based purely on a narrative and belief stimulus will somehow overcome reality.  Above he is talking about the next phase, the Insolvency phase, the debt deflation phase which you will recall he described as the “Biggest insolvency crisis of all history”.  Beware getting caught up in the Hope phase narrative yourself.