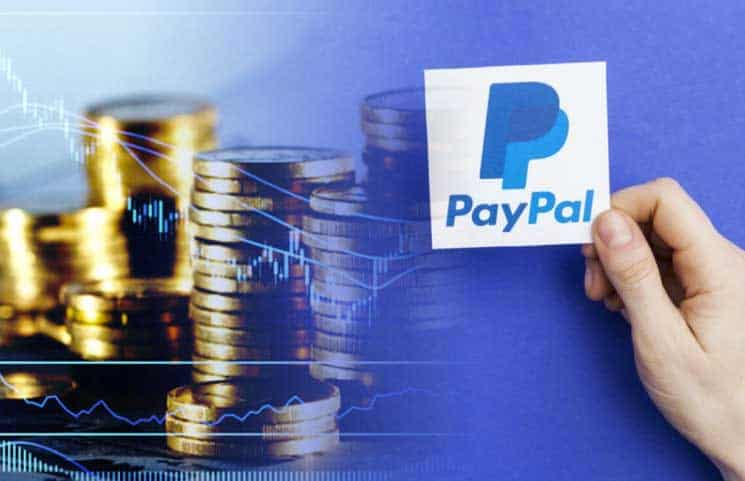 News broke last week that fintech titan PayPal intends to roll out direct trades of cryptocurrency to its 325 million users.

Currently, PayPal’s only involvement in the crypto ecosystem is that it can be used as an alternative means for withdrawing funds from exchanges such as Coinbase, one of the world’s largest, but this would be a first in terms of offering direct sales of crypto.

“My understanding is that they are going to allow buys and sells of crypto directly from PayPal and Venmo,” a well-placed industry source told CoinDesk. “They are going to have some sort of a built-in wallet functionality so you can store it there.”

It is unclear which or how many cryptocurrencies would be available. The industry source said they expected PayPal “would be working with multiple exchanges to source liquidity.”

Another source confirmed that PayPal is looking to facilitate the buying and selling of crypto and said the service could be expected "in the next three months, maybe sooner."

It's worth noting that PayPal has a longstanding association with Coinbase, going back as early as 2016. In 2018, Coinbase made immediate fiat withdrawals to PayPal available for U.S. customers. Last year, European Coinbase users could withdraw to their PayPal accounts, followed by users in Canada.

London-based Revolut, which started offering crypto to users following a 2017 partnership with Bitstamp, raised $500 million in February, increasing the value of the platform to $5.5 billion. Robinhood, the fintech app believed to be fuelling the retail boom in equities day trading, first offered crypto in February 2018.

Crypto is increasingly recognised as an undeniable way to boost user numbers on fintech apps and forge new revenue streams. Indeed, PayPal CEO Dan Schulman has made it clear his intention this year is to aggressively monetise Venmo, which has over 52 million accounts.

Following PayPal's short-lived flirtation with the Facebook-led Libra project last year, the focus now is expanding its payments expertise, one of the sources added.

In an interview with CoinDesk earlier this year, PayPal Chief Technology Officer Sri Shivananda said the company desired to create its own "perspective and view on [blockchain] technology itself to see how it can help us contribute to the concept of creating an open digital payments platform that can serve everyone."

“We are a strong believer in the potential of blockchain. The digitisation of currency is only a matter of when not if,” Shivananda said.

PayPal would be far from the first fintech to introduce cryptocurrency purchases as an accessory to existing services, but it would by far be the largest.

No other fintech company can compete with the sheer size of PayPal's userbase, whose 325 million active user accounts mean it's roughly five times bigger than its 5 next crypto involved fintech companies. Even if we include all of Coinbase (30 million users) and the entire population of Australia (25 million people), PayPal is still numerous times greater than all of them combined. PayPal is also substantially bigger than Bitcoin itself by any objective metric, as well as at least one unreasonable metric.

It's complicated to say how many people truly use Bitcoin, but assessments say approximately 1 million people on a good day. And even in market cap, where cynics would say Bitcoin's influence is most grossly exaggerated relative to its actual use, PayPal still leads Bitcoin with a market cap of US$200 billion vs $168 billion at the time of writing.

Due to PayPal's sheer size alone, the event likely can't pass without having at least some kind of impression on the general public - legitimising the space. Just exposing that many people to the very idea of cryptocurrency is a big deal, given crypto's struggle for lasting mainstream acknowledgment.

"Major companies like WhatsApp, Square, Robinhood, Fidelity and others adding support for digital assets is a huge social validator to the industry," notes BRD (the Bread wallet) CEO Adam Traidman.

"The more bridges that exist to what consumers already use, the faster the rate of adoption. These household names are crucial to getting digital assets into the hands of consumers because to get consumers to understand something radically new, you have to deliver it to them in something known or old."

So, how many people will take PayPal up on its new proposal?

It's critical to note that, assuming this happens, PayPal probably won't just be indifferently offering Bitcoin. They will be actively attempting to unload the stuff on their userbase because there's money to be made in those sales. This factor could help boost the impacts of this move

Square also showed that it can start selling Bitcoin without cannibalising its bread and butter business of transactions. As PayPal, like Square before it started offering Bitcoin, gets the vast majority of its revenue from transactions.

Plus, Bitcoin's high on-chain transaction fees mean payment services probably don't have much to fear from it. Bitcoin's shortcomings may be part of the reason it could end up succeeding.

Square's experiences won't necessarily be comparable to PayPal's though. Among the many other differences, Square leans heavily on domestic US payments while PayPal handles a lot more international transactions.

"The news offers another affirmation that traditional payment players can no longer ignore the potential business opportunity presented by crypto, and are now even willing to risk disrupting their own fiat-based platforms," said Seamus Donoghue, VP of sales and business development at crypto tech firm METACO.

"Evidently, PayPal has seen the success Cash App has had with crypto and wants a piece of the pie, and may view Venmo as a potential means of building a similar, sustainable business model."