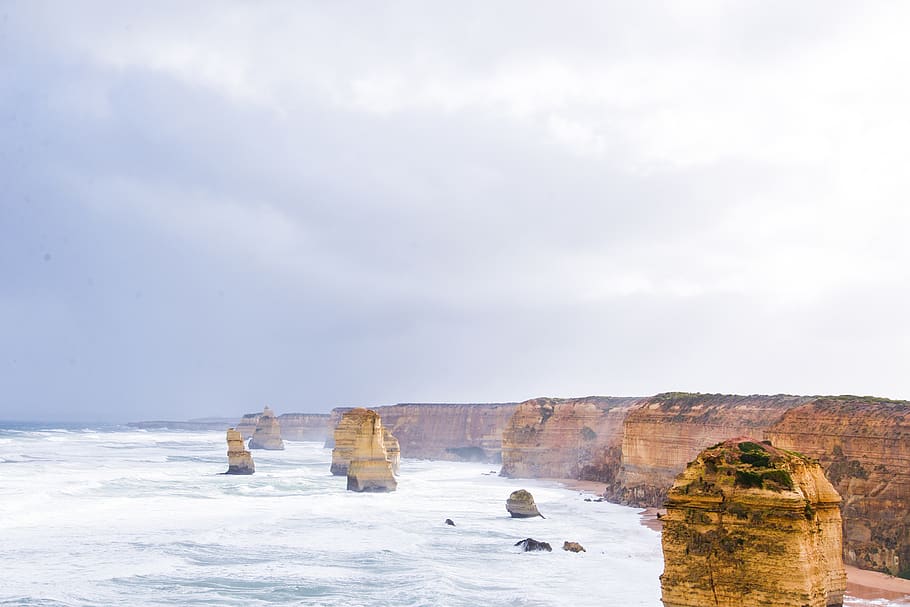 AUSTRALIA AND THE V SHAPED RECOVERY

Hopes we will see a V shaped recovery from this recession keep looking more and more remote as the h...

Hopes we will see a V shaped recovery from this recession keep looking more and more remote as the hard evidence piles up against the hope narrative.  Getting around this weekend you would have thought everything was awesome again.  Life appeared to be getting back to normal as everyone was enjoying either officially sanctioned or geographically extrapolated relaxations of lockdown laws and lower published numbers of infections.

However if you looked at the shopfronts you walked past, you would have notes the many For Lease signs in shopfront windows.  Critically, this is to differentiate between a business being temporarily closed and one closed and the tenancy already stripped back.  Those are not signs of a bounce back on easing restrictions.  These are businesses gone permanently, along with their employees.

The US saw the latest official NFP employment figures released Friday night and it painted an awful picture, indeed the worst in history.  20.5 million jobs were lost in April, more than 10 times than at the peak of the Great Depression and taking the official unemployment rate to a record high 14.7% with 23.1m Americans unemployed.  The March figure too was revised lower from -701,000 to -870,000. And whilst that looks bad, the reality is actually much worse given the way the numbers were skewed during the virus effects.  The BLS report had the caveat in the commentary that “If the workers who were recorded as employed but absent from work due to “other reasons” (over and above the number absent for other reasons in a typical April) had been classified as unemployed on temporary layoff, the overall unemployment rate would have been almost 5 percentage points higher than reported”.  Further Standard Chartered bank agree but also add the anomaly of 8.1m who have dropped out of the labour force since February when previously the labour force had been growing steadily, and hence these are likely unemployed.  That all takes the unemployed figure to an incredible 42m and the unemployment rate to 27.5%.  The bank also expects May to see a further deterioration of the unemployment situation based on current data.

This Thursday we get the Aussie figures and the forecasts aren’t great to say the least.  Economists are forecasting a new record here as well, with a 750,000 drop in employment and the unemployment rate rising to 10%.  From AMP’s Chief Economist, Shane Oliver over the weekend:

“This is consistent with a collapse in job ads, survey hiring plans, and ABS payroll data with a decline in workforce participation partly muting the rise in unemployment,”

“Were it not for the JobKeeper wage subsidy program, unemployment would likely be nearer 15%,“

“Given the lagged nature of most data we will likely be seeing bad news for a while yet with June quarter GDP data which is expected to show a 10% plus slump in the US, Europe and Australia not due for another three months and not due till early September in Australia,“

Again, coming back to the V-shaped recovery narrative the Australian National University (ANU) calculate that February saw 670,000 jobs lost in Australia and $102 billion wiped from Aussie incomes.  From the AFR:

“If previous periods of high unemployment are any guide, the effect on the young is likely to be felt throughout their working life, and those who leave the labour force when close to retirement age may never return”…

The $102 billion fall in household incomes would have been worse without the government’s intervention.”

As Macro Business then notes:

“As we know, Australian households had already experienced zero real income growth in around 8 years, according to the December quarter national accounts: Thus, once the COVID-19 economic impacts filter through, average household incomes are likely to plunge to levels not seen since around the mid-2000s.

That’s one heck of an adjustment.”

The Aussie economy is very dependent on household consumption, accounting for 55% of Total Final Demand in 2019 and consistently so for the last couple of decades.  The chart below shows how business investment has been on a decline since just after the GFC and the government has stepped up to take up that lost economic growth: But critically, drilling down into the household consumption you can see that as of late that has been falling at a rate not seen since the GFC and that is BEFORE the impacts of COVID-19! COVD-19 has of course seen that worsen considerably.  The AFR reported that a Boston Consulting Group (BCG) survey found not surprisingly that Australians have reduced their spending during the crisis but more importantly that half expected to keep doing so over the next year.

““Australians feel that it’s important to be frugal at this time when they see a long road ahead of recovery,” said BCG partner Monica Wegner…

“Consumers are also adopting a simpler lifestyle, so suppliers of luxury goods and discretionary products, like fashion, will suffer.”

More than half of the respondents said they had decreased spending in the past month, and half said this reduced spending would continue for the next year…

More than half of the government’s first $750 economic support payments have been saved, according to the latest household survey by the Australian Bureau of Statistics.”

That of course means the downward trajectory of our economic growth is set to continue and probably for a lot longer than the V shapers are expecting.  Even The Reserve Bank of Australia’s latest Statement on Monetary Policy forecast that Australia’s unemployment rate would be stuck above 7% at the end of 2021 reinforcing the downwards pressure on the ability or propensity of Aussies to spend. The remaining solution becomes clear and that is deficit funded government stimulus to take up the slack and support growth and jobs.  That of course means more debt and more debasement of our currency.  We walked you through how this always plays out over the 3 consecutive articles last week here, here and here.